Making Our Own Liquid De-icing Solution

Making Our Own Liquid De-icing Solution

Winters in Canada have always been regarded as long, cold and snowy. To the snow removal professional this is both a blessing and a curse, often overwhelming a company’s abilities to manage the accumulation of snow. Ice removal techniques and equipment have evolved over the last decade and we’ve worked to stay at the forefront.

One of these new tools that we’re excited about is liquid anti-icing agents. We’ve been working with liquid anti-ice since 2017 and we have been so convinced by the results that we have invested in the infrastructure and equipment to manufacture and apply it to the properties we work on. The benefits of liquid anti-ice include:

You may notice our trucks distributing liquid anti-ice on your property and we want to tell you why we think this is the future of snow removal.

What is liquid anti-ice?

Liquid anti-icing and de-icing is a common practice in the eastern parts of North America but has seldom been used in the western region due to our cold temperatures. Liquid treatment involves dissolving a salt (either sodium chloride or calcium chloride) into water to create a brine with exactly 23.3% salt. This ideal low concentration of salt maximizes performance at low temperatures. 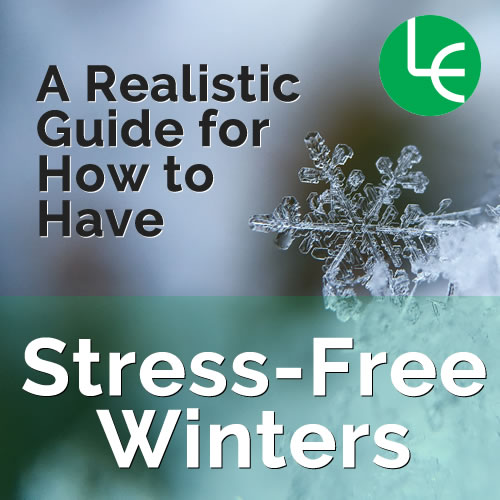 Due to its liquid state, brine allows better coverage compared to its granular counterpart. To achieve the same quality of service as granular salt, brine uses between 50-75% less salt due to its viscosity and ability to cover a large area. For example, a truck full of brine could de-ice one lane of the highway all the way from Calgary to Grande Prairie, whereas a truck with granular salt taking the same route would have to refill in Red Deer.

What is the difference between anti-icing and de-icing?

De-icing is applied after the snow event, typically in a heavier application to either completely melt off a small snow fall (3cm or less) or ensure that the snow pack remains semi liquid for the plows to remove. Anti-icing is the application in preparation for the snow fall which will act like a non-stick spray on a baking pan. The presence of the liquid will inhibit the snow from binding to the surface that otherwise leaves that nasty slippery layer behind when the plows come through. Anti-icing will be effective regardless of the amount of snow that comes down. Regions prone to heavy snow falls and avalanches practice anti-icing due to the ease with which the snow is removed after.

What is current practice?

Since 1938 contractors have been using salt to attack snow and ice and reduce slippery surfaces to slush. This all comes at a cost to both the contractor and the environment. According to Environment Canada, Canadian road departments spread a minimum of 15 million tons of salt during the winter months on roadways alone.

The excessive salt present in the ecosystems alters pH levels, killing vegetation and causing soil erosion. Humans and wildlife don’t escape unscathed either. When excessive salt dissolves in water it creates sodium and chloride ions which affect the body’s abilities to process drinking water. High concentration of salt in the watershed has also been known to collect and settle in lakes and ponds creating biological dead zones. Salt can combat ice in temperatures as cold as -10°C, and as temperature decreases, the amount of salt required to maintain a liquid/semi-liquid state increases. Since Calgary’s average winter temperature hovers around -8°C, a higher quantity of granular salt must be used to reduce the presence of ice and snow pack from properties.

How is anti-ice liquid different?

Scientists have developed multiple de-icing and anti-icing strategies aimed at being as effective as road salt while reducing the harmful impact on the environment. With a freezing point of around -21°C, little can be done in the deep cold to maintain traction for vehicles and pedestrians outside of liquid additives and pickled sand (7mm gyro rock with sodium chloride added).

In Calgary, a company has developed an additive called Road Guard Plus®, which is a calcium chloride/molasses liquid which has an effective ice/snow pack melting point of -32°C. Additives typically contain 5% calcium chloride or less. Due to the potential of wind chill, the application of a salt brine/Road Guard Plus® liquid anti-icing agent is not advised below -25°C (below -25°C pickled sand is the safest option for an anti-slip product).

Not only is Road Guard Plus® powerful in the removal of ice and snow pack, it also has a corrosion inhibitor which makes it 84% less corrosive than traditional granular salt. The corrosion inhibitor not only makes it friendly to vehicles, metal buildings and interior flooring, but also much safer for new concrete and asphalt.

How is it applied?

Application of liquid anti-icing and de-icing agents is typically done by truck mounted sprayers equipped with GPS monitoring for ground speed.  This reduces the amount of salt on the property and prevents material waste as the GPS auto adjusts the flow rate to maintain a consistent rate.  A handheld infrared gun monitors ground temperature to allow adjustments ensuring optimum product application for current weather conditions. The units will operate almost entirely at night; however, application during business hours is possible since no rock or salt is being broadcast.  Vehicles also carry the product around to various places in the parking lot.

Anti-icing is best performed within 24 hours prior to a snow event to ensure a cleaner, safer property post-event. Successful anti-icing involves two factors: time and product.

Liquid is less of a liability than granular methods and is better for the environment and your property!

If you have any questions about how liquid anti-ice is used on your property, don’t hesitate to give us a call.